How fast is our PRO Speedsuit 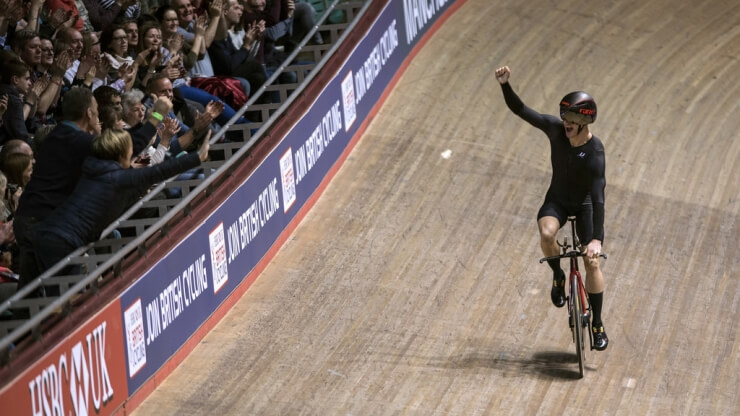 The Brother NRG Driverplan team pursuit team were in bullish mood on Friday evening challenging British Cycling’s Academy team, 100% Me, to “come at them” to take the national title.

Brother NRG riders Daniel Bigham and Charlie Tanfield that occupied the top two steps of the podium in the individual pursuit and team-mate Jacob Tipper was nineth.

Speaking after being awarded his first national champions jersey in only his second championships, Bingham said: “We’ve done some good times in training. We’ve got the legs. Come at us GB.”

He added: “I think they’ve got to come and beat us on Sunday.”

Brother NRG’s team for the team pursuit will be completed by Jonathan Wale.

The 100% Me team pursuit squad is made up of Matthew Bostock, Angus Claxton, Ethan Hayter, Joe Holt and Matthew Walls.

Bigham said: “I’ve only been training for this for about two months as a team we’ve only done eight sessions together in the past six weeks. Living all over the country its been hard to do that but we’ve worked hard and our team has supported it for us.”

Bigham and Tanfield’s success on Friday was all the more surprising given they and their team pursuit squad team-mates suffered a crash in the team pursuit at the Welsh Track Championships earlier this month, though they escaped serious injury.

Speaking about his individual pursuit victory Bigham said: “To come here today and take the win is great, I thought it was possible I had done the times in training. “It’s my first time in the jersey and its only my second national track championships. Training wise I was doing the numbers so I knew even if Andy Tennant and those guys turned up I could push them for the win.”